When LeSpot, Xiaomi and other Internet companies launched their efforts in hardware fields such as smart TVs and mobile phones, home appliance giants began to take action and cooperated with BAT, a more powerful internet giant, to launch smart hardware and turn from defense to proactive. 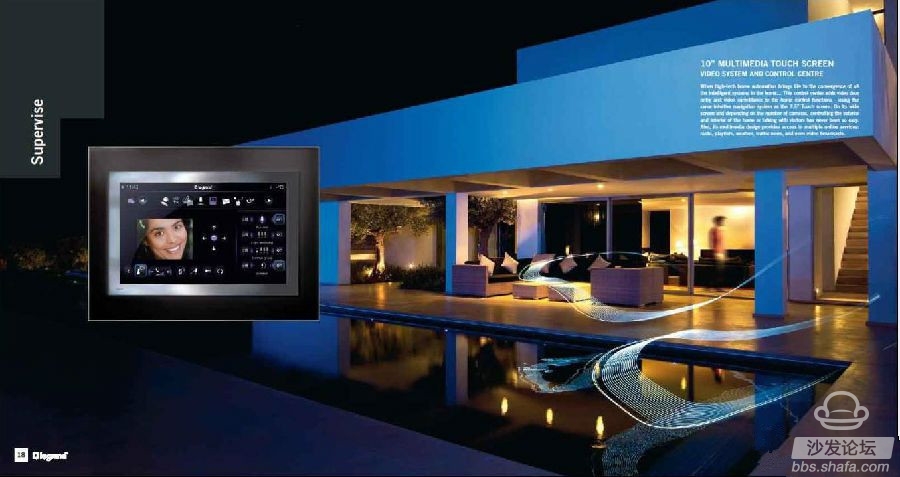 In this round of economic beach rushes, the entrance has become a common goal for home appliances and Internet companies. Both parties have cooperation and competition.
When LeSpot, Xiaomi and other Internet companies launched their efforts in hardware fields such as smart TVs and mobile phones, home appliance giants began to take action and cooperated with BAT, a more powerful internet giant, to launch smart hardware and turn from defense to proactive.
People in the industry believe that, whether it is for home appliance manufacturers or Internet companies, this round of action is a resource grab for both parties, and it is a battle for users. In the new round of competition, the cooperation between the two sides is more comprehensive and multi-mode, but it is easier to create conflicts and conflicts in overlapping areas. Both parties are interested in occupying a favorable position in the new map. Therefore, the cooperation partner must reach a benefit sharing plan in advance. At the same time, the alliance must have a dominant party, and the function cannot be simply superimposed.

In the most active color TV field, color TV giants have released smart TVs and cloud televisions to advance the layout of the Internet and seize the entrance to the living room. However, due to the immaturity in content management, search capabilities, and payment systems, their development is limited. At the same time, LeTV, Apple, Lenovo and other IT giants in the Internet industry, so that home appliance giants will no longer go it alone, but choose to live in wood, the strength of the BAT as the best choice.

After several years of exploration and development, the family's Internet ecosystem began to gradually improve, and the new business model of the home Internet is quietly brewing.

During this period, the desire of the two world leaders to break through the boundaries became stronger, cooperation became more intense, and marriage became more frequent.

Especially in the past year, the cooperation between the two sides has evolved from a single model into a multi-model alliance in which capital, content, and channels coexist. At the end of last year, Xiaomi officially took a share of 1.266 billion yuan in the United States, the two sides in the smart home, mobile Internet business in a variety of modes of deep cooperation. Subsequently, the United States and then embrace Jingdong, with its new annual sales target, to achieve channel sharing and smart home strategic cooperation.

After investing in Cisco with the assets of Fantasia, in January of this year, another black giant TCL Group once again held hands with Wanda Group. Its subsidiary spent US$100 million to invest in Wanda Business, wishing to be in the smart home, Internet business and other fields. Extension territory. Recently, TCL's smart TV operating platform, Huannet Technology, has introduced its old partner, Tencent, as an investor to form a large-screen market.

Among the home appliance giants, Aliâ€™s buddies are none other than Haiâ€™s. As early as two years ago, the two sides had cooperated in logistics, e-commerce and other fields. At the beginning of this year, Haier took another hand with Meizu technology. Both parties wanted to attack the smart home, finance and other fields.

Changhong, which was the earliest one in the home Internet area, has also been frequently used in recent years to shake off the image of the old color TV giants and attract the attention of the industry. In fact, not only in the home Internet, but also in the fields of mobile phones and Internet TVs, Changhong has been deployed earlier. In 2012, Changhong released a cloud mobile phone with Baidu, and has since established cooperation with Youku Potato and iQiyi. The cooperation between Changhong and IBM has also been established for a long time and it is still expanding. This year, Changhong has introduced Tencent and other small partners, and in the near future with TCL as Tencent's shares.

Hisense Group signed contracts with 11 video sites such as TV, iQiyi PPS and Phoenix Video in the past year and became the most contracted home appliance manufacturer. The Gree who has been maverick and unwilling to break through the "framework" in the air-conditioner is also beginning to cross the border on a large scale in the industry and is looking for goals in capital.

"The IT giant has basically completed its layout in the Internet field, and it needs more cooperation with hardware manufacturers to seize resources. The overall layout of home appliance manufacturers in the areas of content, payment, etc., obviously requires Internet giants such as BAT. Cooperation is a win-win situation for everyone," said Luo Qingqi, a senior director of Pare Consultancy.

There are also people in the industry who believe that home appliances makers and Internet companies must be able to communicate in order to share benefits, whether in the home Internet era or in the fiery smart home sector. With the maturity of the family's Internet ecosystem, the living room economy has become a new round of entrance. However, whether the cake can be scaled up depends on whether the parties or parties can reach an agreement on the sharing of interests.

Although, current cross-border cooperation of home appliance companies has become a trend. However, as partners, they are still competitors. It is undeniable that in the mobile phone and TV market, millet and 360, Haier and Meizu and other home appliance manufacturers and Internet companies also have a competitive relationship in the market.

â€œEvery household appliance company or Internet company, this round of action is a resource grab battle for both parties, and it is also a battle for users. In this round of living room economy, the entrance has become a common goal of home appliances and Internet companies. While both parties are unanimously facing the outside world, they will also compete internally, and it is necessary to reach an interest sharing scheme in advance, otherwise it is not easy to form a joint force. At the same time, the alliance must have a dominant party, but neither the leading party is a home appliance company or an internet company, and cannot function. Simply superimpose, or be too strong to give orders to give orders, this will be counterproductive." Insiders believe that.

A person in charge of a well-known home appliance manufacturer told reporters: â€œIn the many cooperation initiatives, the Internet giants have been numerous and have shown great interest, but with specific details involved, both sides are more likely to have conflicts. The two sides have different positions and the sharing of interests cannot be achieved. Consistent, even in the overlapping areas, there are contradictions, these phenomena are usually present in the negotiations. In many cases, due to discordant views, cooperation can only be stopped or unhappy. This is a common problem in the alliance of many companies."


This content is copyrighted exclusively by SofaNet. Welcome manufacturers to further exchanges and cooperation with us to create more in-depth product reports.