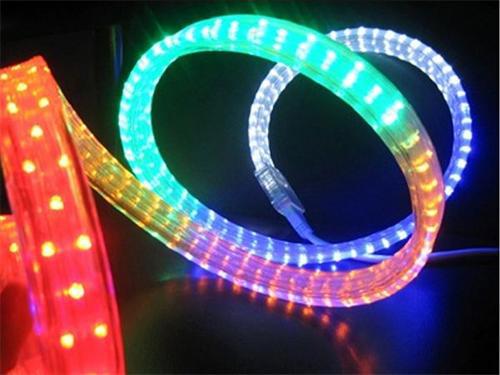 According to Ding Wenwu, director of the Electronic Information Department of the Ministry of Industry and Information Technology, the domestic LED output value will continue to grow at a high rate of 20% to 30% next year. The growth share will mainly occur in public areas such as civil and road lighting.

The output value of the LED industry grew at a rate of around 30%. The Global Efficient Lighting Forum, co-sponsored by the UN Environment Programme and the Global High-Efficiency Lighting Technology Center, was held in Beijing yesterday. The UN Environmental Protection Agency has studied the lighting market in more than 150 countries around the world and pointed out that lighting power currently accounts for more than 15% of global electricity consumption and emits 5% of the world's carbon dioxide; while the application of advanced lighting technologies represented by LEDs, It can reduce carbon dioxide emissions generated by more than half of the world's lighting electricity consumption, which is equivalent to the entire Australian emissions.

In 2011, China issued the "China's roadmap for phase-out of incandescent lamps," and in October this year passed a ban on the export and sale of incandescent lamps above 60W. Promoting energy-efficient lighting products is not only conducive to the sustainable use of energy and environmental protection, but also contributes to the formation of new economic growth points. As the world's largest producer, consumer, and exporter of lighting products, China's LED industry has grown rapidly. In 2013, the market scale exceeded RMB260 billion.

Ding Wenwu said that the output value of China's LED industry is growing at a rate of about 30%. The luminous efficiency of major devices has approached the international mainstream level, and the industrial chain is basically complete. However, there are also certain problems. Apart from the gap between the overall technology and the international advanced level, the quality and safety performance of the lamps and lanterns are the main problems. He believes that if further cooperation with international companies and research and development institutions to solve the quality problems, in the next 3 to 5 years, the market price of LED lighting products will fall within the acceptable range of Chinese people.

For the EU's recent increase in LED lighting product standards, Ding Wenwu told reporters that the improvement of standards in the long term is a global behavior, domestic standards are also improving, which play an oversight role in the transformation of China's LED companies.

In addition, Lu Wenbin, deputy director of the Department of Resource Conservation and Environmental Protection of the National Development and Reform Commission, predicts that the 2015 LED lighting market share of 20% will be achieved ahead of schedule.

The popularity of LED lighting is still constrained by prices. China's LED lighting industry has achieved rapid development in recent years, but it has slowed its expansion into the consumption of ordinary households. In response, officials of the Ministry of Industry and Information Technology of China stated yesterday that LED lighting is difficult to popularize mainly because of price and other reasons. In the next three to five years, the price of LED lighting products may fall to the public's acceptable level.

Ding Wenwu expressed at the Global High-efficiency Lighting Forum that the current market size of China's LED industry is getting bigger and better, and it has been widely used in various occasions. In the future, indoor lighting and home lighting are the biggest development priorities. The people used the ability to explain that it was a success."

Ding Wenwu believes that the current obstacle to LED lighting products into household consumption is the cost issue first, followed by quality issues and safety issues, and with the improvement of technology and quality, the price of LED lighting products is expected to be three to five years later. At a level that is acceptable to the public, in fact, there are already many products and energy-saving lamp products that are fairly priced.

Ding Wenwu said that China is the world's largest lighting producer, consumer, and exporter. In 2013, the scale of China's lighting output was close to 80 billion U.S. dollars and exports reached 33 billion U.S. dollars. However, most of the products exported are traditional products, so it is an inevitable choice to promote the transformation of China's lighting industry, and the best choice is LED, which is also the most efficient energy-saving products.

According to Jan Denneman, president of the Global Lighting Association, he said that just as analog signals are converted into digital signals, the transition from incandescent lamps to LED lighting signals a revolution in lighting energy efficiency. At the same time, he expects that by 2030, the global LED lighting will be realized.