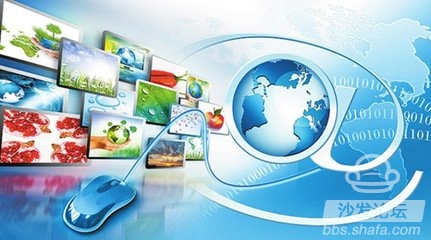 With the UN's new sustainable development goals particularly recognizing the importance of ICT connectivity, the availability of ICTs, especially broadband Internet, has enormous potential for becoming a major driving force for development. The 2015 State of the Broadband Status Report provided by the United Nations Broadband Commission believes that as 17 goals are clearly placed on the global agenda, governments and the private sector have a keen interest in how to make people online.

According to the 2015 edition of the Broadband Status Report recently compiled by the Broadband Commission, broadband Internet has failed to connect with those who can benefit the most from the Internet. Internet access in the worldâ€™s richest countries is approaching saturation, but this speed of development cannot To benefit the billions of people living in developing countries.

The new data in the report confirms that, compared with the number of 2.9 billion people last year, 3.2 billion people are now connected, which is equivalent to 43% of the global population. However, although Internet access in developed countries is approaching saturation, only 35% of people in developing countries can access the Internet. The situation identified by the United Nations as the 48 least developed countries is particularly serious, and more than 90% of people do not have any form of Internet connection.

This year's figures show that the ten countries with the highest rates of home Internet penetration are all located in Asia or the Middle East. South Korea continues to have the highest household broadband penetration rate in the world, 98.5% of households have been networked; Qatar (98%) and Saudi Arabia (94%) are ranked second and third respectively. Icelandâ€™s personal Internet usage was highest (98.2%), followed by Norway (96.3%) and Denmark (96%).

ITU Secretary-General Houlin Zhao said: â€œThe UN Sustainable Development Target reminds us that we also need to measure global development through numbers that are not connected to the Internet.â€ â€œThe market has already played its part in connecting the rich countries of the world. The easy expansion of the Internet is a matter of course. Our main challenge now is to find a way for the 4 billion people who still cannot enjoy the benefits of Internet connectivity to access the Internet. This will be a major focus of the Broadband Commission's work in the future." Irina Bokova, Director-General of the Organization of Culture, stated: "The 2030 Agenda recognizes the power of new technologies in accelerating human development, bridging the digital divide, and building a knowledge society. We must do everything we can to help countries, especially developing countries. To achieve these goals,". â€œThis requires greater efforts by governments and parties to ensure access, use and affordability. It also requires more work so that all women and men can benefit the most from new opportunities.â€

According to the newly released report, under the leadership of the United Nations Broadband Commission on the importance of broadband, the number of countries that have formulated the National Broadband Plan has increased from 102 in 2010 when the Commission started its work to 148 today.