Aiming at the huge demand for online authentication of networked applications and services, major technology companies such as Google, Apple, Microsoft, and LG are investing in the layout of fingerprint recognition or security chips combined with cryptographic technologies. In this way, the security of online identity verification for the end consumer is strengthened, and the end user's doubts about the leakage of personal information are eliminated. As the supporters of each camp expand the layout, the fighting between the two technologies will intensify. 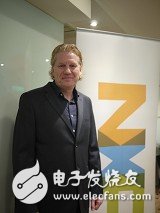 Steve Owen, senior vice president of NXP, said that as the infrastructure of online identity verification systems becomes more mature, security chips are expected to become the best technical solution for the market.

Owen further pointed out that traditional online authentication generally adopts a password setting method, which is easy to be stolen by hackers; and each user has an average of 25 accounts, 6.5 different passwords, and uses eight services a day. It will cause inconvenience for users to operate; in addition, each time the account is reset, the service provider must bear the cost of about $ 15. It is increasingly difficult to meet the market with the traditional password for online identity verification. Demand.

As a result, Google has recently announced that it will stop using passwords for authentication, and join the non-profit organization "Fast IdenTIty Online Alliance (FIDO)", and is also a member of the alliance. Pu launched a cooperation program on security chips (near field wireless communication (NFC) chips combined with cryptographic technology solutions).

In fact, in addition to Google and NXP, FIDO, Lejin, Lenovo, PayPal, etc. under eBay are all members, aiming to create a more secure online identity verification mechanism, in which fingerprint recognition and security chips are the main players. The technology used. At present, the supporters of the two major technical solutions have already actively launched layout actions, hoping to seize the opportunity of the online identity verification market.

As for the security chip, chip supplier NXP is the leading manufacturer; while Google is betting on fingerprint identification and security chip technology solutions at the same time, developing an online identity verification system.