Under the â€œ13th Five-Year Planâ€, the Chinese economy of the Year of the Monkey is ushering in a new round of development opportunities. Earlier, Premier Li Keqiang stated that he had to â€œpick up the golden barsâ€ to cope with the challenges and said â€œIf you work hard, you can't pass through the 'Flame Hill'â€.

The Prime Ministerâ€™s rumors are still heard, and a feat that spans the next generation of display technology applications â€œFlame Mountainâ€ and reaches the pinnacle of technology has been shaken by the television industry. On April 7, TCL held a grand spring conference in Shenzhen. It was considered as the next-generation TV's QUHD TV Quantum TV high-end new category. At the press conference, TCL also launched QHDHD TV new products X1, C2-CUDG and C1-CUD globally and formally formed the industry's strongest quantum dot TV camp with X-series and C-series product lines. 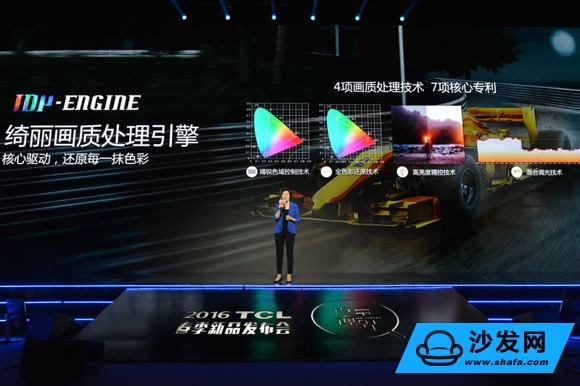 It is understood that TCL QUHD TV QD TV is the first large-scale application of the highest technology available to the industry at the current stage. To break the ceiling of traditional display technology, TCL Quantum TV has boldly used its exclusive patented brilliant image quality processing engine and comprehensive multi-dimensional integration in the industry. The quality enhancement technology and the luminescent material known as the best luminescent material for human discovery - Yuecai Quantum dot display material, brings a breakthrough in the picture quality experience, and is equipped with the industry's top hardware configuration, top audio equipment, and TV + OS intelligence. The system's new high-end products bring users unprecedented technological advances.

â€œQUHD TV sets a new milestone in global technology and sounds the clarion call for Chinese companies to enter the peak of global technology.â€ Industry figures believe that QUHD TV is the representative of the world's top technology and this TCL conference has given the world a glimpse of Chinese manufacturing. The products of the world's strongest technologies, such as Apple mobile phones and computers, ignited the confidence and fighting spirit of Chinese companies to hit the peak of world science and technology, which is bound to trigger the outbreak of high-end technology in China and drive the strong rise of China's science and technology industry.

According to the introduction of QUHD TV at the TCL spring conference, the biggest feature and advantage of QUHD TV is that it uses quantum dot display materials that are considered as the next generation display technology, bringing the most pure color expression, and fluorescence. Longer life without worrying about product life. At the same time, an ultra-high color gamut display of 110% NTSC is achieved, which is more than 10% higher than OLED TVs. In addition, the QUHD TV can adjust the crystal grain size of the quantum dot easily and precisely to adjust the wavelength of the generated light wave, and the color control is more accurate. At the same time, QUHD TV has realized the perfect fusion of quantum dot display and HDR and other top technologies, bringing incomparable top quality. 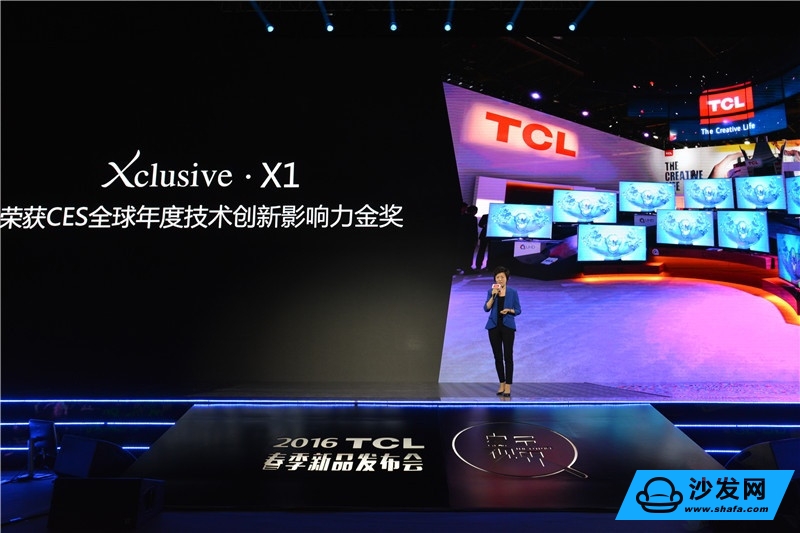 â€œThe quantum dot LED electroluminescence seems to be the most favorable contender for the future and the next generation of display in the entire technology industry.â€ Peng Xiaogang, a professor at Zhejiang University, the first person in China Quantum, said in an interview with reporters recently that low-cost Low-power, low-cost environmental display technology, there is currently only one choice, or the most likely one, is the quantum dot LED display based on electroluminescence.

It can be said that the trend of quantum dots as the next-generation display technology has become clear, and QUHD TV adopting quantum dot technology has become a technology product that represents the future or the next generation. What is amazing is that QUHD TV not only advances in the application of display technology, but also reaches a new peak in process design. Judging from the samples displayed at the conference, QUHD TV is a craft artwork. Its flagship product, X1, adopts the Nordic modernism design concept, and the border is 1mm one-piece integrated arc drilling, ultra-narrow curling design and natural arc processing, X vertical fit base, backplane 360 â€‹â€‹degree exquisite design and other extreme craftsmanship. Yes, bring beautiful visual impact.

"QUHD TV is a great product." People in the industry believe that great products such as Apple's iPhone can meet two conditions at the same time, namely, top features and ultimate design. QUHD TV not only brings advanced experience through quantum dots, but also achieves the same technological achievements as Apple's mobile phones in terms of appearance design and absolute control of details. It has become a great product that can truly compete with the world's top applications.

"QUHD TV will sway a strong 'watermark effect' and trigger high-end technical resonances." People in the industry point out that just as throwing a stone on the surface of the water, the watermark will generate resonance waves at a very fast rate. The advent of a top technology product will often trigger a new wave of technology. QUHD TV, as the representative of today's top technology, will certainly bring new horizons and ideas for the development of science and technology, and ignite a new round of technology explosion. 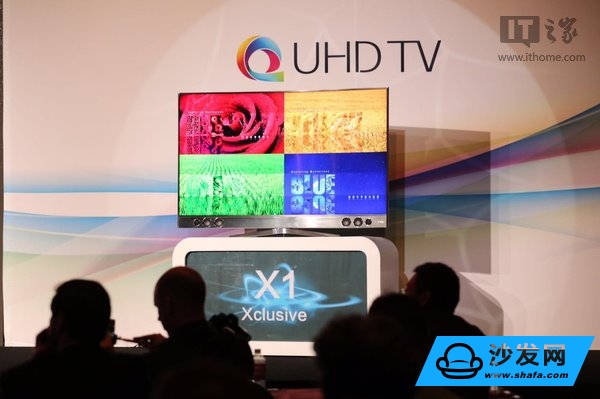 Looking at the current global technology landscape, most top companies such as Apple and Microsoft are concentrated in Europe and the United States. In recent years, with the development of national industries, China has emerged such national brands as Huawei, which have independent innovation strength and national consciousness, and began to hit the high-tech world's top companies. The â€œThirteenth Five-Year Planâ€ outline announced by China this year emphasizes the implementation of innovation-driven development strategies and strengthens the leading role of technological innovation. This will also accelerate the progress of national technology companies in advancing globally and becoming outstanding global companies.

â€œQUHD TV has played the strong voice of Chinese technology, and has firmly established the pace of Chinese technology companies to enter the world.â€ People in the industry believe that a great company is always based on revolutionary products or services, such as Microsoftâ€™s operating system, Appleâ€™s personal computer and Mobile phones, Google's search, etc. are all revolutionary innovations that invariably subvert the tradition. The QUHD TV has also achieved disruptive innovations and has brought China a masterpiece with the world's top technology products. It has become an important cornerstone and model for the emergence of Chinese national brands in the world, and has made Chinese companies more prosperous in the world.

The disruptive innovation of QUHD TV lies in its revolutionary opening of a new era of light and shadow. According to reports, Quantum Dot technology adopted by QUHD TV can be used for flexible displays and printed displays in the future. People can change the scenery in the home wall to see different worlds, or they can experience hazy weather like haze and â€œback to the southâ€. At the time, the blue sky and white clouds appear on the vaulted ceiling, which is like being placed in the wind and sunshine. In addition, through the printing display, TV can be watched through clothes, curtains and other media in the future, and human life will also undergo profound changes. 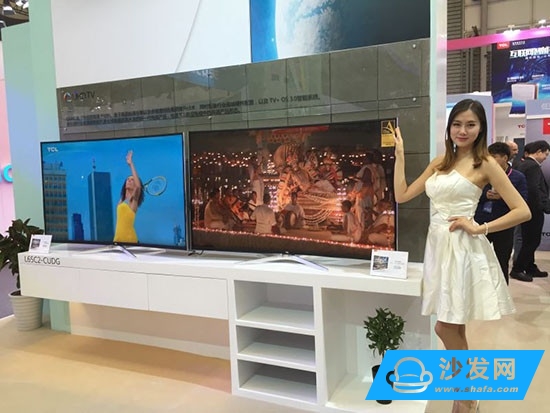 "Printing shows that it is TCL's new semiconductor technology that has been strongly promoted in these two years." Chen Guanglang, chief technology officer of TCL Multimedia, said at the press conference that TCL hopes to use three to five years to mature the new generation of display technology. Can be synchronized with the international leading level in the next round of display technology competition.