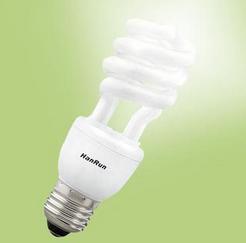 "If mercury contaminates the water source and it is ingested by the food chain of aquatic products such as fish and shrimps, it will cause damage to the central nervous system of the human body, lighter walking difficulties, movement disorders, mental retardation, severe neurological disorders, paralysis, and eventually death." According to Chen Dahua, deputy secretary-general of the Lighting Institute and professor of lighting and lighting engineering at Fudan University.

Due to the presence of toxic and hazardous elements such as mercury and lead, the old energy-saving lamps have been called by the experts as the â€œsecondest source of mercury pollutionâ€ next to waste batteries.

â€œWhether it is incineration or landfill, the mercury in the energy-saving lamp will cause great pollution to the soil and water. When many people dropped the energy-saving lamps, they did not distinguish it from ordinary garbage, but simply â€œthrow it away.â€ â€œThis has brought considerable risks.â€ Wang Wei, a chemical safety specialist at the Beijing Global Village Environmental Education Center, believes that the establishment of a waste energy-saving lamp recycling system is imminent.

Improper disposal of waste lamp, a surface water that can pollute 50 tons

According to figures from the National Development and Reform Commission and the Ministry of Finance, as of the end of 2011, China has cumulatively promoted more than 500 million energy-saving lamps through financial subsidies, and the market share of high-efficiency lighting products nationwide has reached 70%. The public documents of the website of the Fujian Provincial Economic and Trade Commission show that, since 2009, the total number of energy-saving lamps to be distributed in our province has reached 31.5 million.

When Lin Xiaoxiang did a recycling public welfare project, he found that most of the energy-saving lamps did not contain mercury, so most people were not aware that "waste energy-saving lamps are a hazardous waste." What's more, if you are selling waste now, don't close the lamp. "What can I do if I throw away?"

According to the "National List of Hazardous Wastes" issued by the Ministry of Environmental Protection and the National Development and Reform Commission in 2008, "fluorinated mercury-containing fluorescent tubes produced during production, sales, and use" are hazardous wastes. However, this list also stipulates that the â€œexemptionâ€ system for waste energy-saving lamps generated in the daily life of households may not be managed in accordance with hazardous wastes; however, the waste fluorescent lamps can be transported, stored and used after they are collected separately from domestic garbage. Or dispose of it and manage it according to hazardous waste.

Professor Wu Yiduo, vice chairman of the Fujian Lighting Association and professor at Fuzhou University, said: â€œEasy disposal of energy-saving lamps will cause soil and groundwater pollution. Some mercury released from landfills will also enter the atmosphere in the form of methylmercury vapor. Mercury entering the respiratory and food chain will eventually damage the human nervous system, especially the central nervous system."

According to Yang Longbao, the processing center of Tong Shida can realize the automatic sorting and recycling of glass, phosphor, lamp head components, and metals. The highest mercury content of the treated glass fragments is 0.015 mg/L, and the maximum mercury content of the phosphor is 0.015 mg/L, which is far superior to the national standards for hazardous waste solidification for recycling. Therefore, the harmless treatment of waste energy-saving lamps is of significance. The significance of environmental protection is self-evident.

Who will recycle it?

How to distinguish from the community's ordinary waste and safely transport it to a professional disposal unit is the primary problem encountered when discarding energy-saving lamps.

According to Wu Yulin, chairman of the Foshan Lighting Association of Guangdong Province, energy-saving lamps are fragile and there are no containers for recycling, which has increased the difficulty of storage during transportation. In addition, in the community recycling process, due to the scattered users of energy-saving lamps, if it is not possible to find a complete recovery treatment method, if centralized collection is mandatory, problems such as pollution or concentration of pollution at the time of recycling can only be brought about.

Even if the recycling process can be solved, who is going to deal with it is a problem. "Abandoned energy-saving lamps contain mercury and are toxic. Recycling equipment must be highly automated, and such equipment can cost as much as tens of millions of yuan. Many SMEs simply cannot afford to buy it," said Wu Yulin.

It is understood that at present, except for a few large-scale enterprises such as Zhejiang Sunshine Lighting, Xiamen Tongshida, Foshan Lighting, etc., which have waste energy-saving lamp recycling equipment, other enterprises do not have corresponding recycling facilities and have not established a recycling office in the marketing center.

Recovery is difficult, companies are running at a loss

In July last year, Topstar, which had the largest recycling capacity in China, was awarded the â€œHazardous Waste Operation Permitâ€ by the Ministry of Environmental Protection. It has already launched paid processing services.

However, the signing of outward â€œsingle ordersâ€ is not ideal. â€œThere are only a dozen or more customers, most of them are government departments, enterprises and institutions, and only two manufacturing companiesâ€. According to NTU's forecast, this year's throughput will be optimistically estimated at 500 tons, "but only a fraction of the total capacity."

At present, Tong Shida's price for processing one kilogram of used lamps is 6 yuan. "Only 10% of the profits. According to the current processing volume, in fact, is a loss." Yang Longbao said.

The reason why recycling is not active is complicated. Waste lamps should be classified and stored according to different properties, such as straight pipes and spirals, and U-shaped pipes. Second, it must be dry and must not contain other impurities, especially hard objects. In addition to the fragile lamp, it needs to be placed in a sealed appliance and transported by a qualified company.

"These all have to be paid by the commissioning party, coupled with the decentralized sources of recycling, and the high cost, it is difficult to obtain economic benefits. Because of this, Topstar currently only conducts business in Fujian Province." This phenomenon is now Some recycling lines are ubiquitous.

From the current situation, although China's waste energy-saving lamps produced by enterprises and institutions are required to be managed according to hazardous wastes, the recycling effect is not good.

Yang Longbao said that the group users of energy-saving lamps are completely passive. There are three types of enterprises and institutions that are looking for the door: First, listed companies that need environmental protection audit; Second, enterprises that need to pass the environmental management system assessment; Third, export-oriented companies need to pass third-party audits to achieve European and American national standards for waste management. Claim.

To a certain extent, the use of energy-saving lamps by enterprises, institutions, and institutions is large, and the model standards, mostly long-shaped lamps, are relatively easy to recycle. On the contrary, the energy-saving lamps for home users are mixed from U-tubes to spiral tubes, and they are scattered and difficult to recover. Therefore, this recycling business is almost empty.

"However, the total use of home users will not be less than the number of enterprises and institutions, their pollution can not be overlooked." Yang Longbao said.

Due to the lack of efficient and low-cost processing methods, China has not yet established a nationwide, standardized energy-saving lamp recycling system and system.

Ultimately rely on the development of independent technical equipment

Li Xin, member of the National Committee of the Chinese People's Political Consultative Conference and deputy director of the Audit Office of Guangdong Province, believes that the first step in regulating recycling procedures for discarded energy-saving lamps lies in publicity. â€œWe must vigorously publicize the mercury hazards of energy-saving lamps and require manufacturers to pay attention to the risk of pollution at advertising, product packaging and sales sites, and tell people that discarding energy-saving lamps cannot be thrown away as ordinary household waste.â€

Taking into account the difficulty of mercury recovery and treatment, high technical costs, few organizations are willing to take over this "difficulty", the senior adviser of China Investment Advisors Industry Research Center He Zaihua suggested that the recycling of discarded energy-saving lamps must be clear responsibility. â€œIt can be a professional recycling team, a distributor, or a manufacturer. In addition, the government needs to give the recycling companies appropriate financial subsidies and preferential policies.â€ Li Xin hopes that the government will expedite the scrapping of energy-saving lamp recycling legislation. "Define the responsibilities and obligations between producers, consumers, and sellers so that they have laws to follow."

Not only that, improving the production process and promoting the use of low-mercury technologies has been considered by industry experts as a means to resolve the pollution of waste energy-saving lamps from the source. In addition, China has not independently researched and developed waste energy-saving lamp recycling equipment and related processes. At present, domestic related equipment is imported from abroad. In this regard, Chen Dahua said: "If we do not develop our own technologies, relying solely on imported equipment will greatly aggravate the economic burden of recycling waste lamps. Moreover, we are fully capable of developing equipment that is more cost-effective than foreign ones."

What we can do on TPU Phone Case ?

After many years improvement ,our factory got experience on produce all kinds of tpu Phone Case ,like translucent thinner tpu phone case ,different colors of soft tpu cases ,we can deal with all kinds of printing images ,also ,we can supply OEM/ODM service for customers to achieve their ideal designs ,like IMD technic,water transfer printing,both half cornor and full cornor design can be done perfectly!

3.Color:any color can be chosen 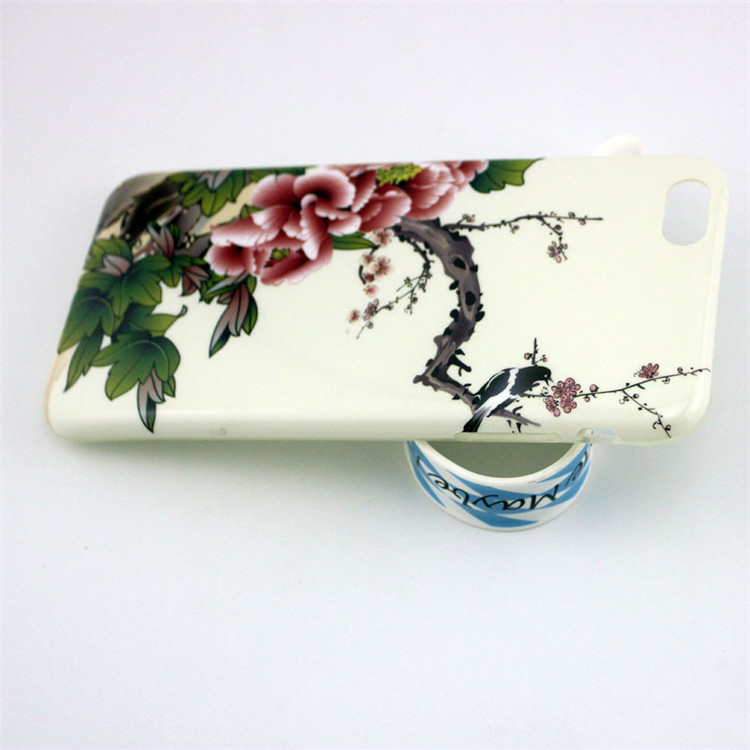